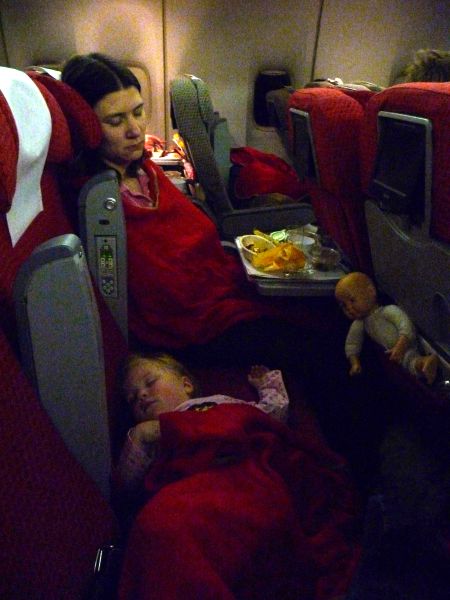 As Elizabeth is over two now, we don't get a cot for her to sleep in. Luckily there were some spare seats near us, so we got a set of 4 for Elizabeth, Clare and I, and Elizabeth could sleep across the middle two. Then the turbulence started and we had to strap her in. The seat belt light stayed on for the next 4 hours! She slept through it all though. 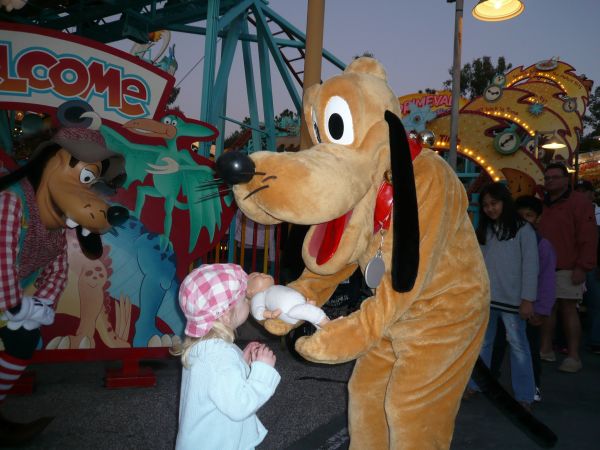 Pluto seemed very interested in Dolly. I think he wanted to keep her. He tried to sit in Elizabeth's push chair too. 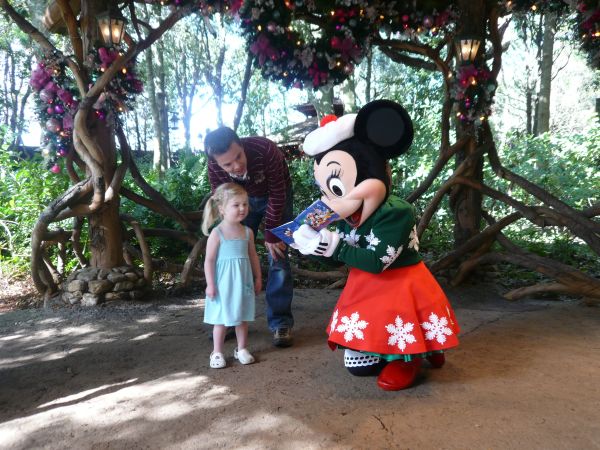 Elizabeth loved meeting the characters this time, and Anne Marie bought her an autograph book so she could start collecting signatures. We got quite a few! 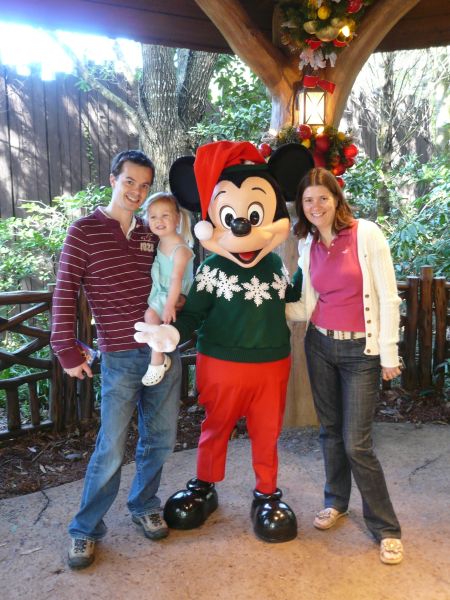 We met Mickey too. 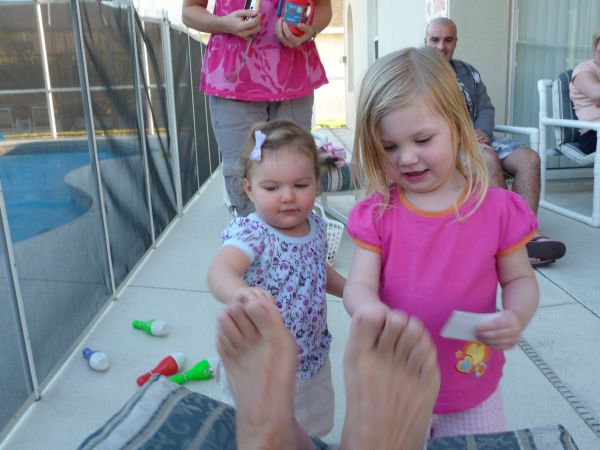 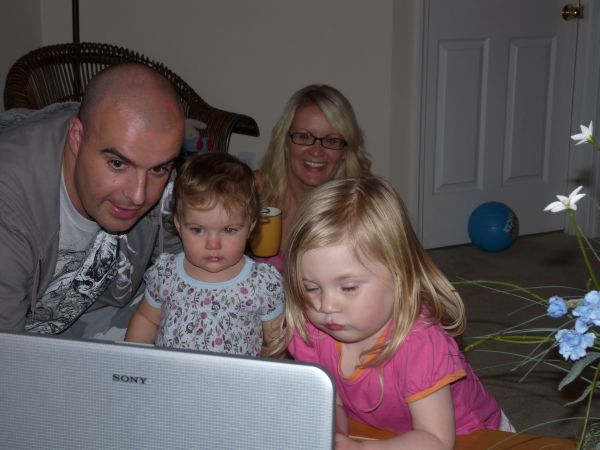 Sofia liked watching In the Night Garden too! 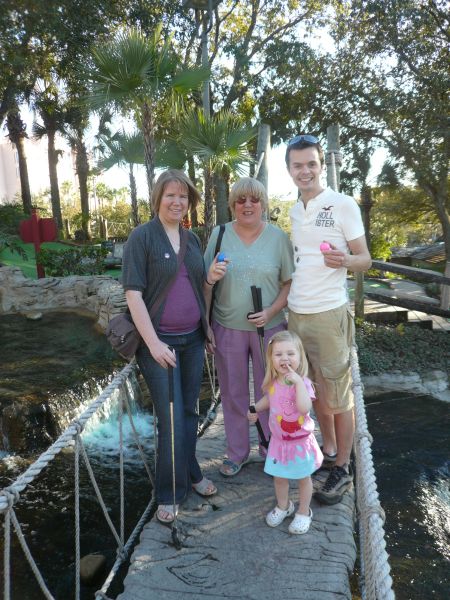 We played a lot of mini golf this time, as Elizabeth enjoys it so much and we do too. This was at Pirate's Cove. 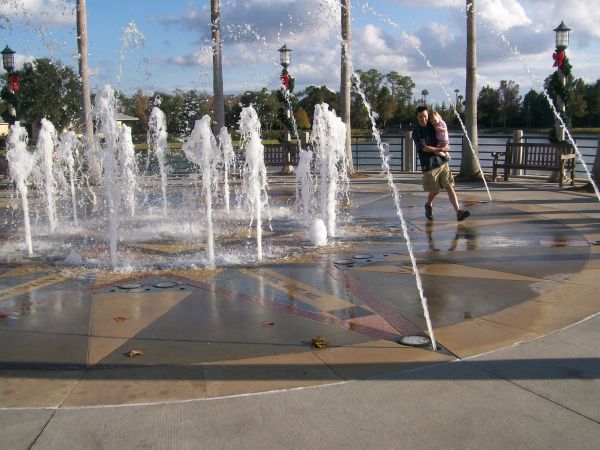 I kept Elizabeth (and some spectators) happy by running through the fountain at Celebration, which has variable jets. I only got wet once! 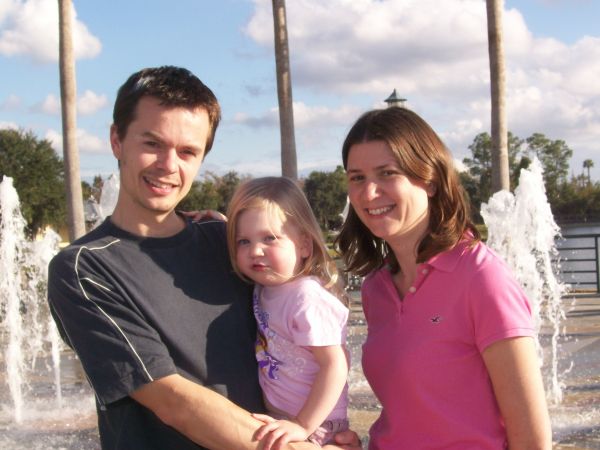 A rare family photo we were all happy with! 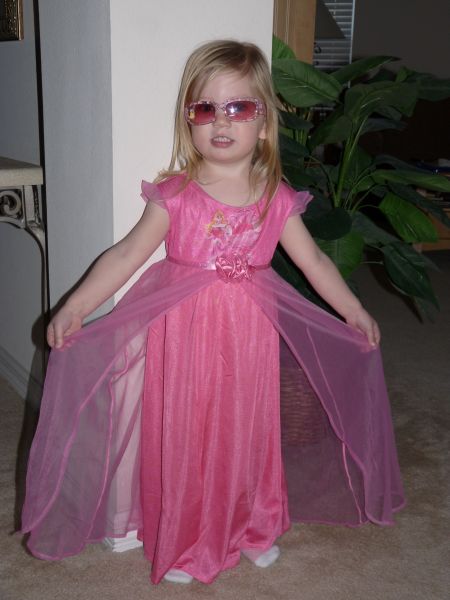 Before we went to Florida Elizabeth was just getting interested in the Disney princesses, and now she loves them! 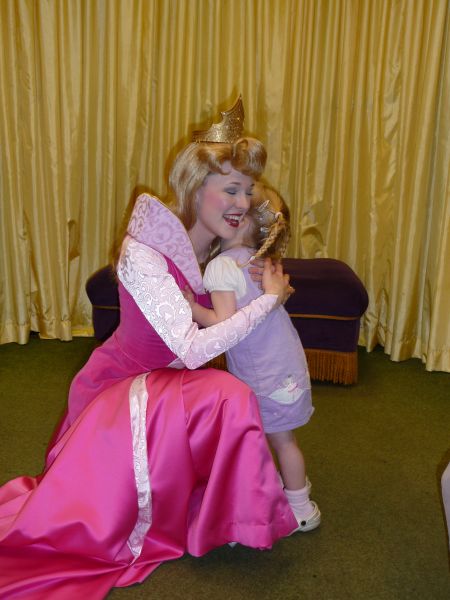 Elizabeth met Sleeping Beauty, Cinderella and Belle (from Beauty and the Beast), and she still talks about it now. They all had a chat with her and told her how much they liked her dress (which has a picture of a princess and a castle on it!) 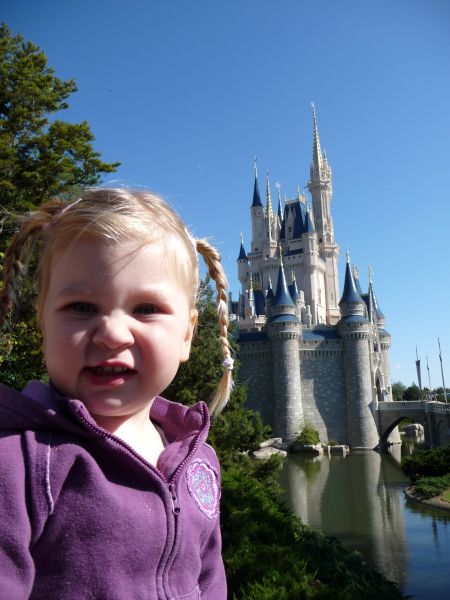 Something seemed to go a bit wrong with Elizabeth's smile while we were in Florida! 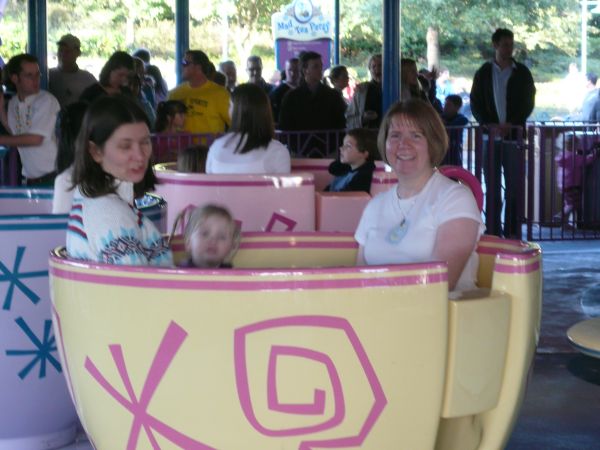 Elizabeth didn't go on too many rides, but as usual enjoyed anything that went round and round! 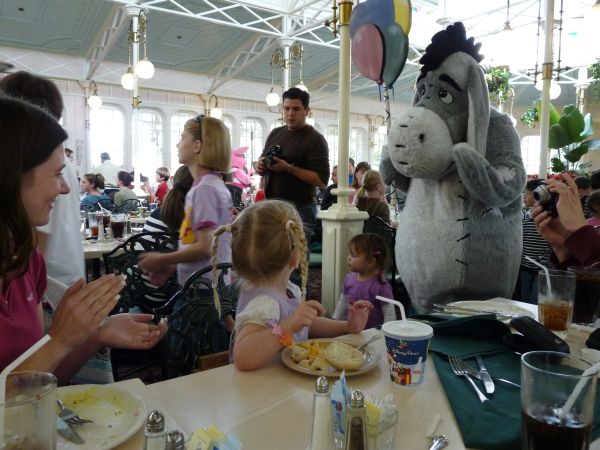 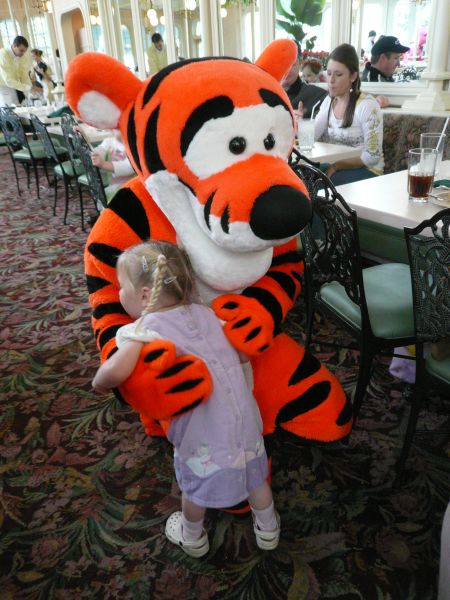 We actually got round to booking in to one of the character lunches this time, and it was great! The food was good, and Winnie the Pooh, Eeyore, Piglet and Tigger all came round to see us. 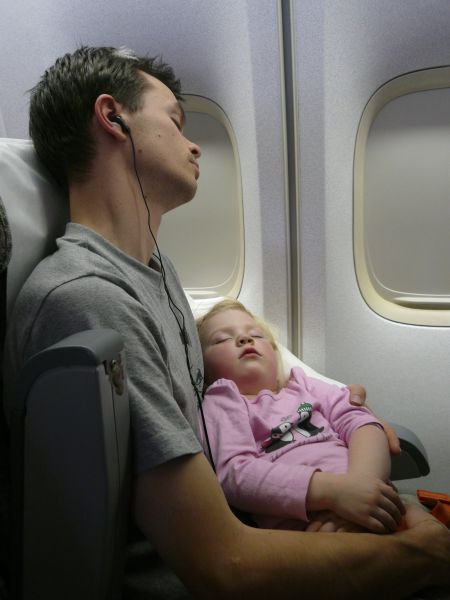 We were worried about the flights again, and took on 3 carry on bags full of toys, games and stickers. We hardly used any of them! She was fine again, with only a little cry when she got very tired.