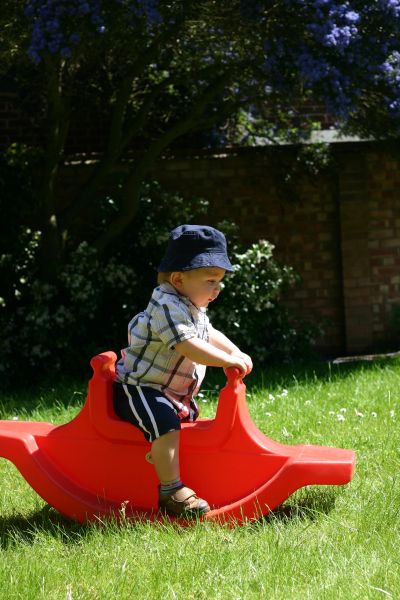 I think the grass needs cutting. 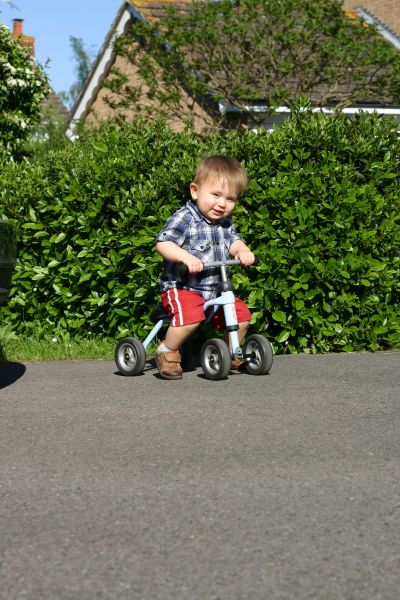 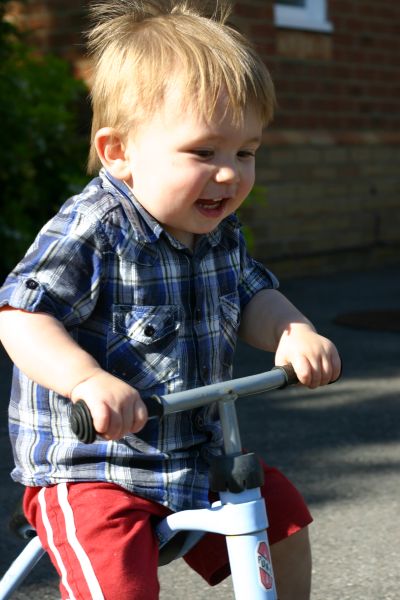 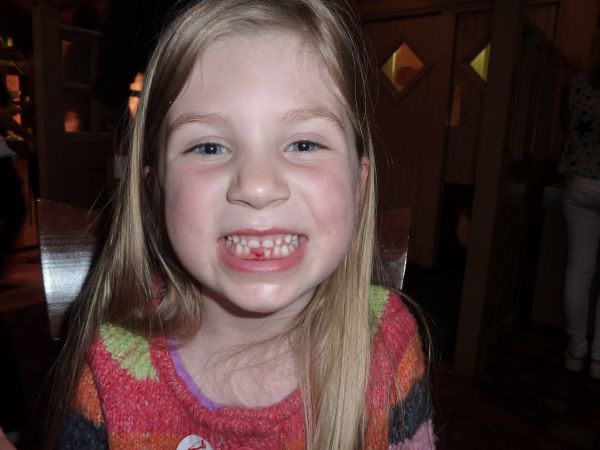 Elizabeth has finally lost her first tooth. She has been eager for one to fall out for a long time, and has been writing letters to the tooth fairy asking her to help them fall out faster.

It fell out when we were in a restaurant, and Elizabeth showed all the waitresses and some other tables her bloody gap. Lovely. 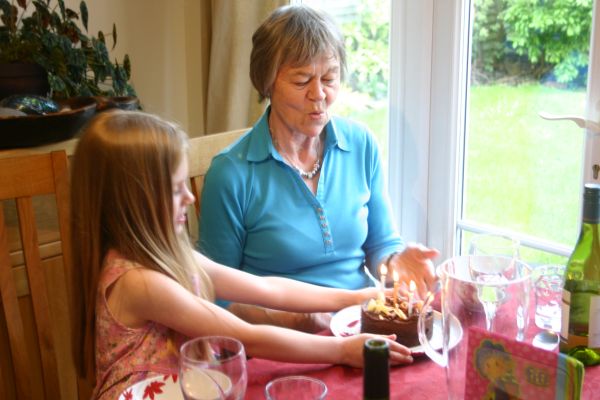 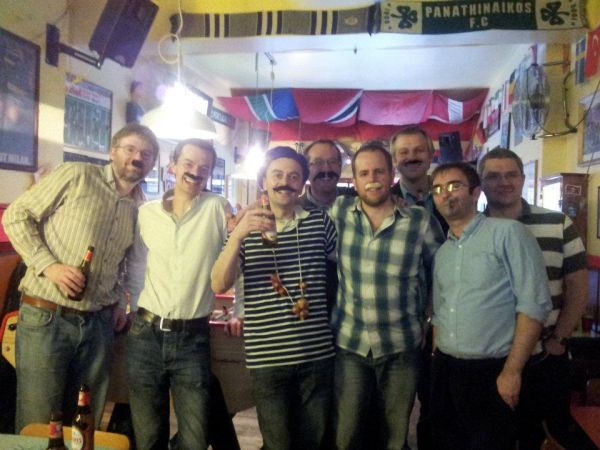 In cafe kick in London 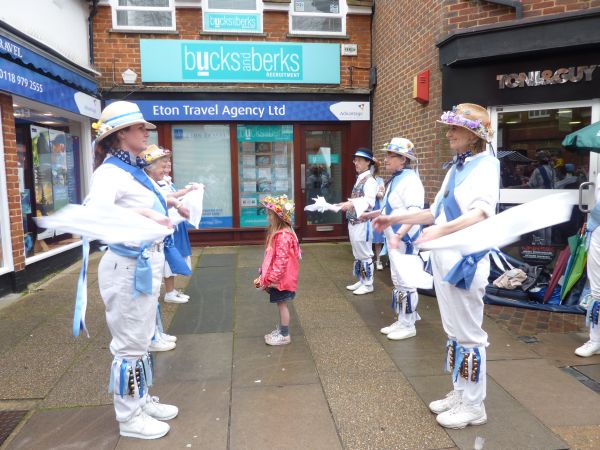 Elizabeth got chosen out of the crowd to take part in a dance with the morris dancers at the Wokingham May Fayre. 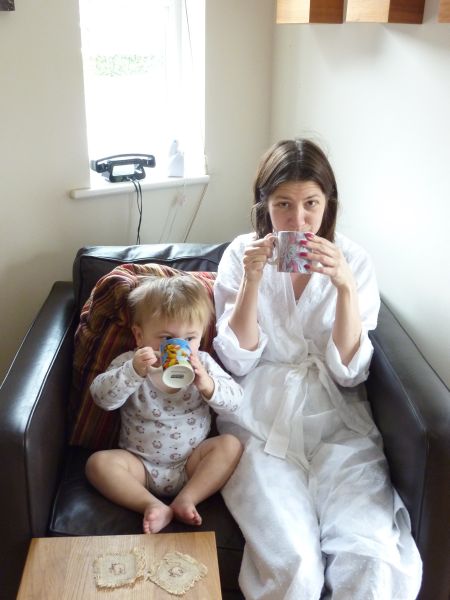 Jonathan having his morning cup of tea with Clare. He loves it! 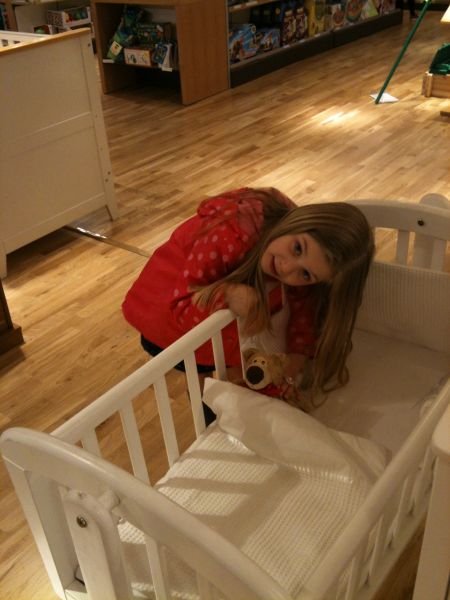 Elizabeth was chosen to look after Pawprint, the school bear, and he cam shopping with us in Reading. When we got home Clate asked where pawprint was, and the last place we remembered having him was in John Lewis. We went back to get him in the morning, and they were brilliant, showing Elizabeth the cost in the baby department where Pawprint had spent the night. 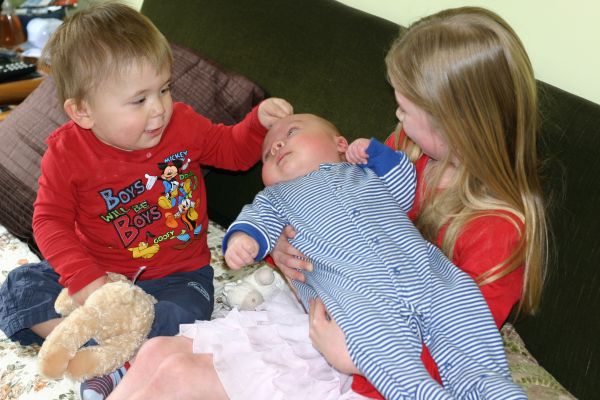 Helping to look after William.