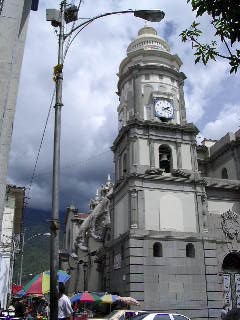 We took this one about half an hour ago. Every town and city we have been to in Venezuela has a Plaza Bolivar with a statue of their great liberator. Merida is no exception. The photo is of the cathedral on the Plaza. Mountains in the background again!

Yesterday we went to the ice cream shop with the most flavours in the world (according to the old guiness book anyway). They have about 650. I had beer flavour, which was surprisingly nice.

Hoping to go and see the Matrix tonight. Fingers crossed it has subtitles rather than being dubbed in Spanish. 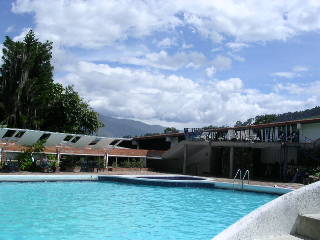 This is the hotel we are staying in at the moment in Merida. It took a 15 hour coach journey to get here ( nice coach though - reclining seats and TV), through some very nice scenary. Merida is in the Andes. You can just about see a mountain in the background. We are planning to stay here a few days. 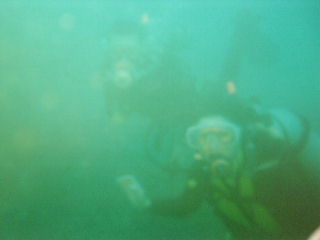 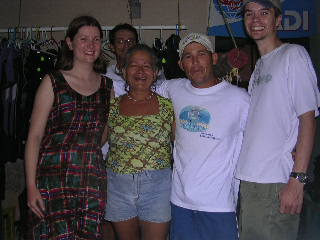 We did it. We are both now PADI qualified open water divers. Clare did the last few dives with a cold, which you really aren`t supposed to do. We took it easy though, and did easier dives than planned. Passed the written part with no trouble.

The short bloke is our instructor, Jose. The other two run the dive shop.

Bring on the Great barrier reef! 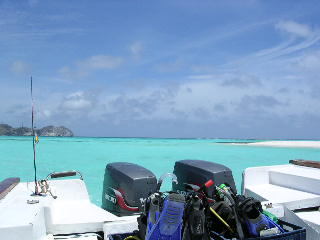 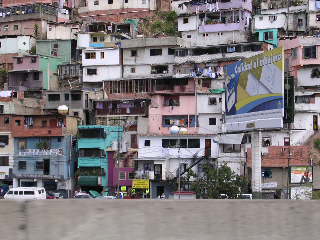 Well here we are. This is Caracas. It is enclosed entirely by mountains. Quite a few of which have these poorer areas scattered over them. We only spent a day here. Did a city tour with a nice man called Jesus, and booked a trip to the Angel falls with his son, Jesus.

Not that much to see here. They really love Simon Bolivar. Pretty much every site is something to do with him.